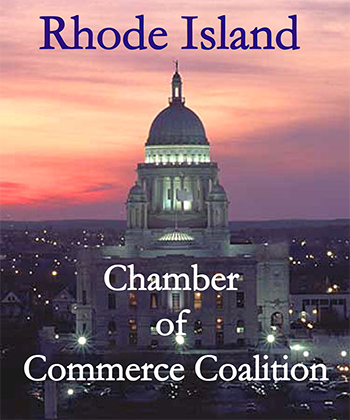 Free valet parking will be available at the Smith St. entrance

The annual Legislative Reception is an opportunity for business leaders from around the state to meet with colleagues and elected officials to discuss business issues and concerns they may have in a relaxed and informal setting. The Rhode Island Chamber Coalition is the largest business advocacy and lobbying organization in the state, representing more than 7,500 participating businesses and 70,000 employees.

The State House dome is the fourth largest, self-supported marble dome in the world.
The largest is St. Peter’s Basilica in Rome, the second largest is the Minnesota State Capitol and the third largest is the Taj Mahal in India. On the inside of the dome, there is a wonderful painting, “The Four Freedoms” by Rhode Island artist James Allen King.”